When you begin planning a billboard for your company, you may think about some of the more eye-catching billboards that you have seen on your drive to work. You will consider the compelling elements, what caught your eye, what design elements made you do a double-take, and which tone grabbed your attention the most.

When it comes time to design your billboard, you have to consider all of these factors and figure out a way to make your company stand out and make your billboards memorable. When you choose Portaboards, your design will be different from traditional billboards. Our billboards are portable, making it easier to advertise in the areas you want.

Many static billboards use their location as an advertising element. They will say things like “10 Miles to Delicious Food,” “Rest Stop In Two Exits,” or have multiple billboards counting down the miles to a certain location, which is a great tactic to get your brand to stick and get people interested. But when you have a traveling billboard, you can’t use the location, unless you find a really unique and creative way to do it. 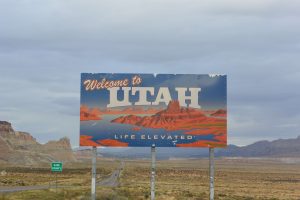 While this may seem like a disadvantage, it doesn’t have to be. When you have a static billboard, this is a great method to show potential customers where you are located exactly, but how do you know if your billboard is reaching your target market? How do you know if your location is effective until you try it out? With Portaboards, you will be able to move your billboard wherever you think it will draw attention. Maybe you have a company that targets outdoorsy folk and maybe there is some type of event for these nature lovers. This is the perfect time to drive your billboard to the location of the event. Put it right in the middle of the crowd and make sure your target market notices it.

The location of your portable billboard will matter, but you cannot use it as part of your advertising. However, when you can be right in the action, you won’t need to advertise the location.

Static billboards have seconds to capture someone’s attention as they go speeding by. This means the message has to be quick, simple, and informative. While many billboards can be effective with these quick messages, you never know if yours will be seen or effective.

When it comes to portable billboards, you may have more time to get your message across. While driving around town, you may be able to get a few minutes with the people driving the same direction as you. Being stopped at a stoplight can buy you even more time. Parking in a parking lot will give you plenty of time to reach potential customers. The only way a traditional billboard will get that much time exposure is if traffic is stopped or the billboard is right outside an office space.

While you should still keep the information on your portable billboard short, sweet, and to the point, you have more freedom to add different information and have fun with the billboard. 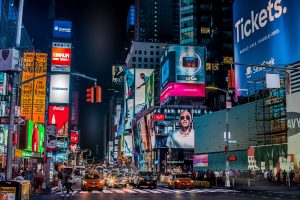 In some areas around the country, mobile billboards are not a popular thing yet. That means that your Portaboard will stand out and capture people’s attention. When people see a moving advertisement driving down the road, you will likely be noticeable.

Static billboards are common. Driving into a major city is like driving through TV commercials. One after another, these billboards will all begin to blur together. With traditional billboards you have to stand out completely, making your design as eye-catching as ever.

You will want to make your portable billboard design stand out as well, but you will not have to think about the competition. One thing that traditional billboards can use as a great tactic is playing off of another billboard. You have likely seen this before, one billboard calling out or drawing attention to another one. This is a fun, creative, and unique way to advertise your business and it can be very effective. When you choose portable billboards, this method cannot be used, but you don’t have to deal with the endless competition. Make your design stand out and fun for drivers to see, but don’t worry about an excessive amount of competition.

The Message and Location

We already talked about using the location as a way to advertise, but we are going to look a little deeper into how you need to think about location when designing a mobile billboard. Static billboards are in one place, this can be used to advertise distance, bring a local element to the design, and use locals as the main audience. 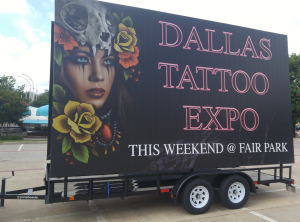 When you choose a mobile billboard, you need to think about where you will be driving it. This will determine a lot of elements of the design. If you are going to be driving the billboard around town only, you can add the local element and allow people who live there to make a connection. If you are going to be driving it across the country to a certain event, you will not want to add a local element. However, you can use the distance you are traveling or the place you are heading as an advertising element. Leave a message on your billboard that says “Find us at the event” or something along those lines. Get others who are traveling for an event excited and interested in your business.

When you design your portable billboard, it will follow a lot of the same methods as a traditional billboard, but there are some differences that you should keep in mind. Follow these tips and start planning your mobile billboard with Portaboards. They can help ensure you design a billboard that works well with the traveling element and that will be eye-catching. We offer a large variety of different portable billboard styles, allowing you to find the right choice for your advertisement and company. Contact us today to get your questions answered or to learn more.